From the Great Temple to the New Covenant? What was the path from the Great Temple to the New Covenant? In his homily on Sunday, November 7, 2021, Fr. Luke Winkelmann shows us the remarkable connections that spanned 15 centuries. Fr. Winkelmann is pastor of St. John Vianney Church, Northlake, Illinois, where this reflection was delivered.

When Moses went up Mt. Sinai, God revealed to him a plan for how the people would worship God. He showed Moses the design of the Tabernacle, which would become the Great Temple in Jerusalem.

For the next 15 centuries, the Jewish priests and people, worshipped in the Temple according to the ceremonies given by God.

Well, that Great Temple was a model, if you will. The outer courts represented the world, this world. Inside the Sanctuary, there hung a beautiful blue curtain; And on this curtain, were images of the stars, the constellations. This curtain was a symbol for the blue sky, seen as the gateway to heaven.

So as the priests left the outer courts, and entered the sanctuary, they were approaching “heaven” — the Holy Place where God dwells. Just as people make dollhouses which are miniature models of a home, the Great Temple in Jerusalem was designed to be really, a model of the universe. This world in the outer courts, and the secret, inner-sanctuary, which represented heaven.

As the priests offered sacrifice, sacrificing Lambs and goats, over those 15 centuries, it was really a drama being acted out again and again, as a sign, until it would be fulfilled by the Messiah.

On Yom Kippur, the holiest day of the Jewish year, the High Priest prepared himself for his role in the drama. He washed in a ritual bath and put on vestments.

Then, a bull was taken, and the High Priest stretched out his hands over that bull, symbolically putting the sins of the people on that victim. The bull was slaughtered on the altar so that its death would take their sins with it. The blood was collected in a golden bowl or cup. Then came the greatest part of the drama: the High Priest in his vestments, took that blood and ascended the 12 steps into the Sanctuary; past the blue curtain into ‘heaven,’ where he could not be seen. He takes the blood of that bull, and before the Presence of God, he sprinkles the blood and asks forgiveness for the people.

And here is an interesting point: if the High Priest had been in a state of sin – well, if he entered the Presence of God, it was thought he would die. So he wore on his vestment little bells; these bells would be heard ringing by the people, as long the priest was ok. If the bells stopped, he was likely dead. That’s why a rope was tied to his leg so that they could pull him out if he died!

This ceremony in the Temple was an ‘acting out,’ a sacred drama, by which by symbols foretold the coming of the True High Priest – the Messiah.

Christ is the True High Priest. He comes to offer the Perfect Atonement for our sins. And he is not only the priest, but also the victim who will be sacrificed –  his blood is poured out.

It was the Jewish Priests who offered Christ up to death; it was also the people, who offered him; it is also the Gentiles, us – who offer up Christ.

But now comes the greatest fulfillment of the Temple ceremonies: The High Priest, Jesus, takes that blood,  not the blood of a bull or a lamb, but his own blood – He takes that Precious Blood,  not into a symbol of heaven behind the veil, but into heaven itself.

And there Our Lord offers his own Blood to God the Father,  the payment for our sins.  For 15 centuries on Yom Kippur, the priests acted out this ritual. Finally, Yom Kippur is fulfilled when the True Lamb is sacrificed.

Now the Types or images, which foretold it all – these fall away, because reality has come. And so when Jesus dies on the cross, and enters the Temple of Heaven with his blood, at that moment, the curtain in the Great Temple tears itself; The Temple has served its purpose. And as Our Lord had predicted, the Temple would be permanently destroyed.

Now we can understand the 2nd reading today from the Book of Hebrews. It says: The first covenant had its rituals and an earthly sanctuary. This first Temple is a figure of the present time,  but when Christ came as High Priest, he entered through a greater Temple, not made by human hands;  he entered not with the blood of bulls,  but with his own blood, to appear before the face of God on our behalf.

Friends, we are the people of the New Covenant; we participate in this great Act of Our High Priest. Our Lord commissioned his priests of the New Covenant, to offer this true Sacrifice, on every altar in the world until the end of time.

The priest at Mass takes the role of Jesus the High Priest; and we who share in the priesthood of Christ, we all offer this Eternal Sacrifice; we stand at the threshold of heaven and offer the Divine Victim for the forgiveness of our sins.

We cannot be saved without the Mass, For it is only by the Mass, that we participate in this heavenly offering of the Blood of Christ to God.

At Mass, the priest washes at the offertory, as did the High Priest. He has the vestments.  The Blood not of a bull, but of Christ, is in a golden cup, the chalice.

And at the drama of the Mass, the priest extends his hands over the Eucharistic elements,  as our sins are placed onto the Victim who destroys them in his death.

“For we have not approached a mountain that can be touched, but we have come to the city of the living God, the heavenly Jerusalem;’[i]  and when the chalice of Sacred Blood is raised — the Perfect Sacrifice to God for our sins: this is Yom Kippur fulfilled.

And we hear the server ring the bells, bells not on the Priest’s vestment, but bells for our High Priest Jesus, who though slain, lives forever to intercede for us.[ii]

At Holy Mass, we should come a few minutes early, and think of what it is we wish to ask for. Raising up the Blood of Christ, we can ask God for anything. Help my children, my spouse; help the sick. Perhaps we come with only gratitude and praise God in his Holy Temple. Perhaps our sins are heavy on us, so there is no better place to be, than raising that chalice of salvation.

You know, every autumn in Jewish synagogues on the day of Yom Kippur, the Rabbi says a prayer of sadness; sadness that there is no longer a temple,  no longer sacrifices for sin.

But there IS a Sacrifice for our sins, being offered in the New Temple in which we participate at every Mass, worshipping in spirit and in truth.

May the Blessed Virgin Mary who accompanies us in these Mysteries, intercede for her children, until we arrive together, in the glorious Temple of heaven. As if through the eyes of a child 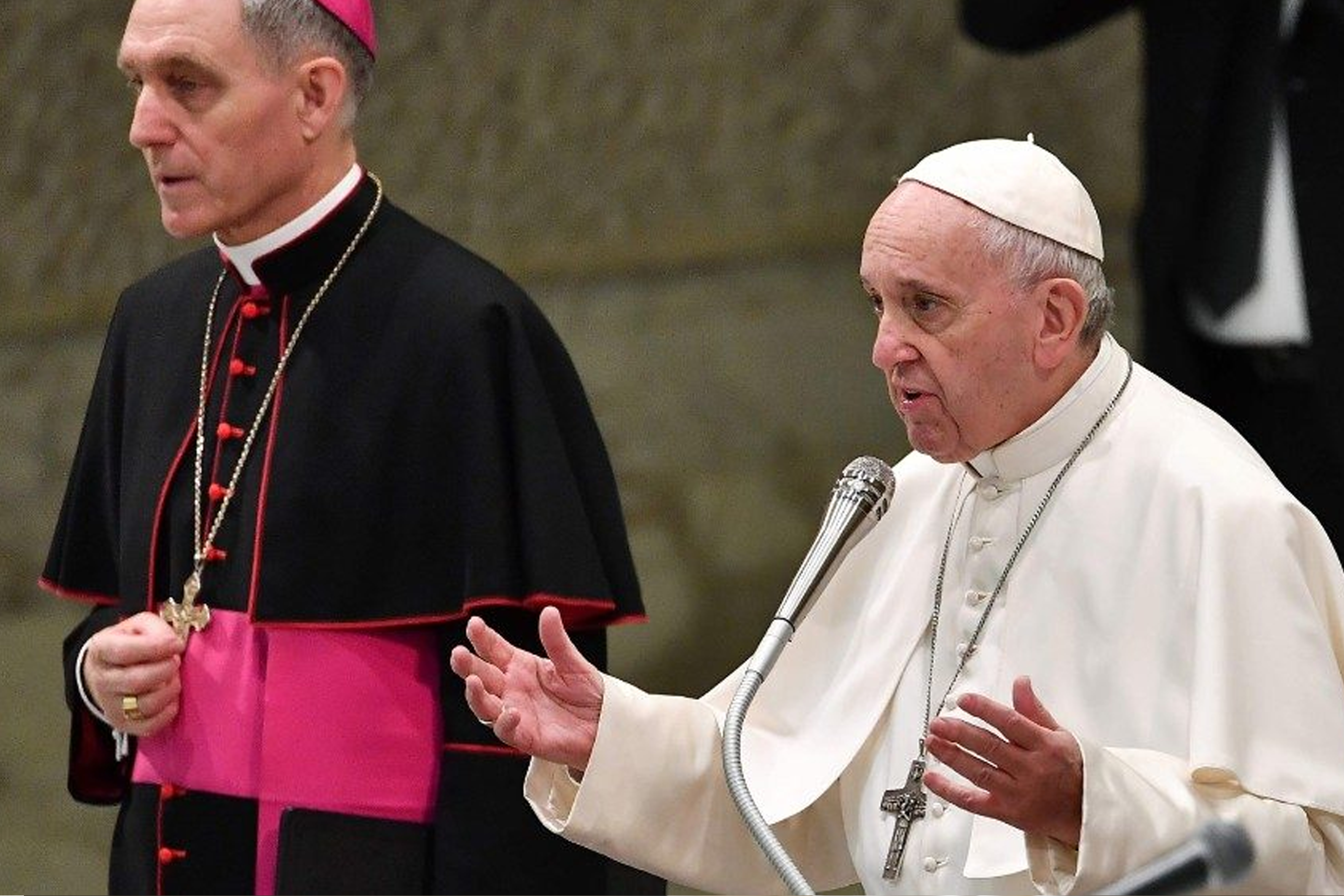